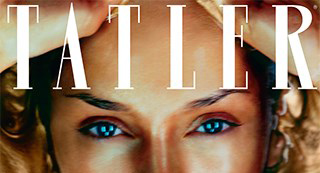 For the second year running, Mr Harris was named in Tatler Magazine’s Cosmetic Surgery Guide as “Best for Breast”.

The guide comments: “He’s tipped for the top job in 2018, but the current vice-president of BAAPS is as humble as ever (despite much publicity since he performed a breast reduction for Gail Porter and made regular appearances on Channel 5’s Botched Up Bodies). In fact, what’s most concerning Harris right now is the impact of ALCL (anaplastic large cell lymphoma), a condition that occurs in response to textured-silicone implants, which can lead to the formation of cancerous cells. ‘It’s not another PIP scandal [implants made with unapproved silicone gel], but I do think it will change the agenda, so that more surgeons look to using smooth varieties.’ Interestingly, he’s seeing more women requesting to have their implants downsized. ‘Patients want to look in proportion,’ he says. ‘They come in wearing their gym kit, they’re healthier and more body-conscious.’ If a large implant has caused the breast to stretch, he might perform an uplift: tightening the skin before inserting a more petite alternative. But few women have them removed entirely, he says. It seems size still does matter after all”.